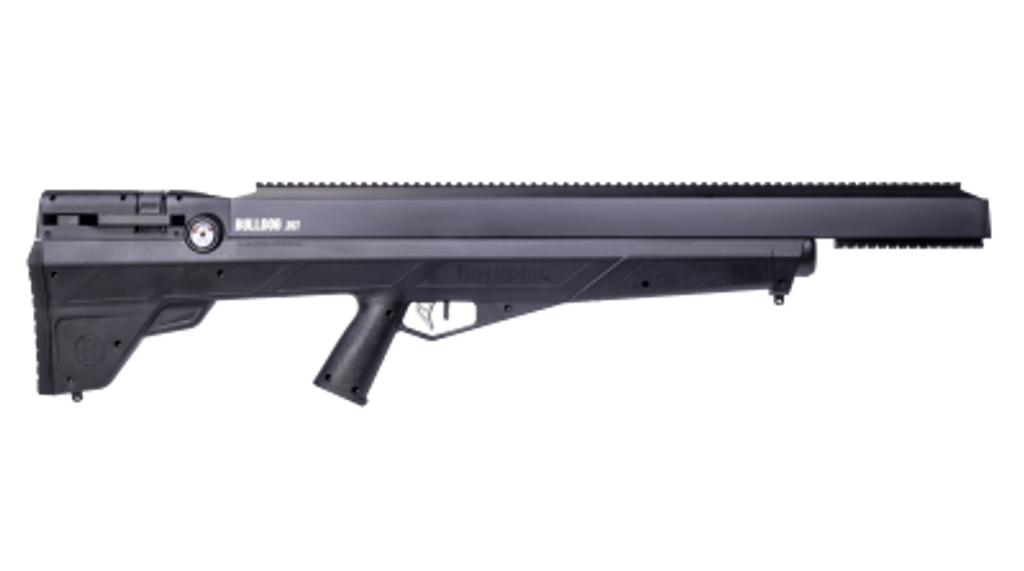 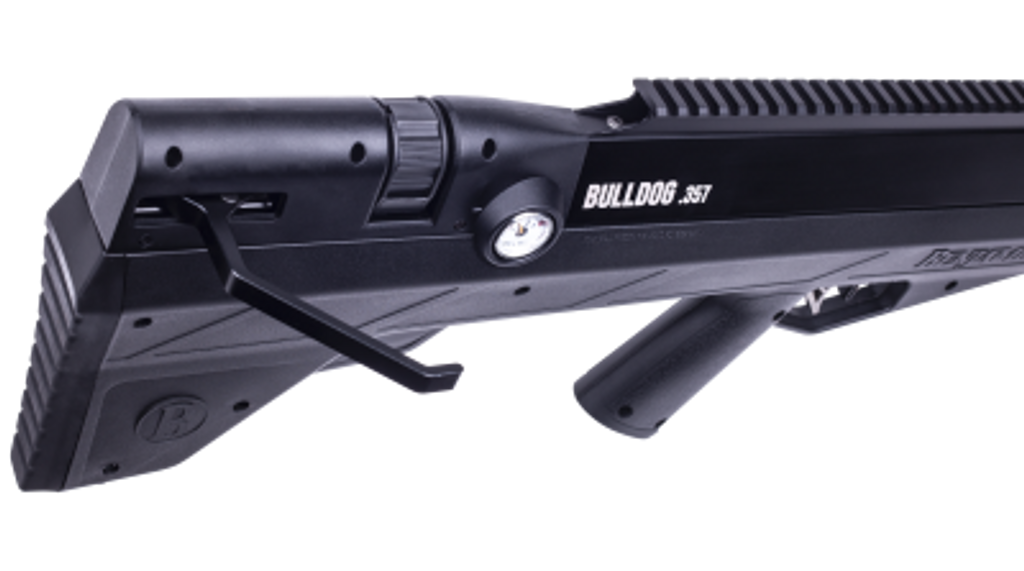 Stepping into a Bulldog .357 means stepping out of the traditional world of airguns. Go beyond garden pests and into the realm of predator hunting and wild hogs, whitetail wallhangers and African plains game. Take the leash off what’s possible and hunt with a Bulldog.

The all-new Bulldog .457 proves that there's nothing Benjamin can't accomplish. Stepping up the power from the already popular .357 Bulldog, the .457 doubles down on the rugged industriousness for which Benjamin is known. Go beyond garden pests into the realm of predator hunting and wild hogs, whitetail wall hangers, and African plains game. Featuring a short 36-inch bullpup configuration for easy carrying in the field, a 26-inch Picatinny rail for the accessories of your choice, a Lothar Walther barrel, muzzle adapter with M18 threads, and a reversible side lever for left or right-handed shooters. The Bulldog also offers quiet performance with its baffle-less SoundTrap technology to help minimize the noise of the big bore. Take the leash off what's possible and hunt with a Bulldog. 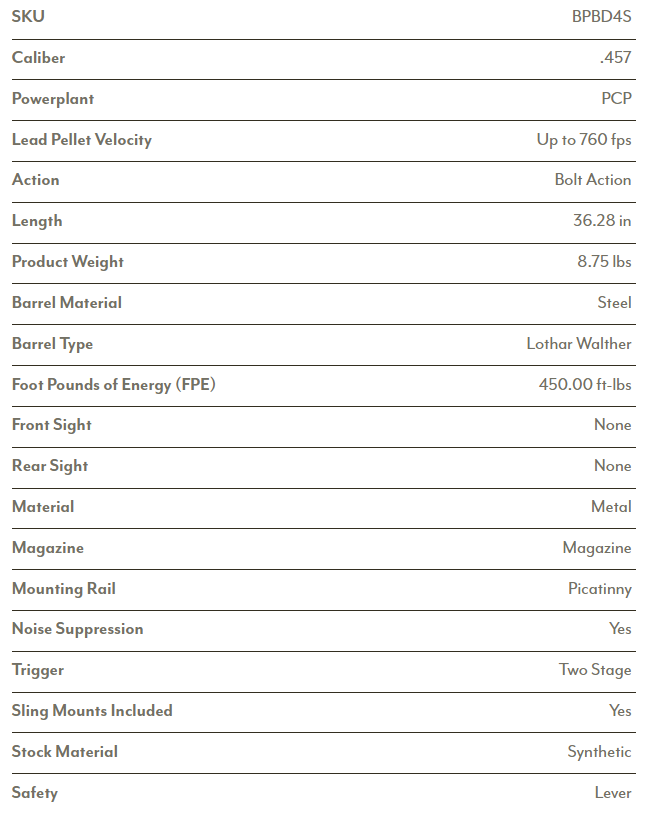 $1,099.99
The FX Ranchero Arrow is the premier, repeating pre-charged arrow pistol on the market. It sports a synthetic stock with soft touch panels that provide the ultimate in comfort for all weather...
View Product
Gel Blaster