We had four great days at Extreme Benchrest this year! Competition was high and it was great to see old friends. We were very proud of our Utah Airguns team who showed up ready to shoot and placed in many of the events. A big thanks to Airguns of Arizona for putting on such a great event.

A brief overview of what the events were and the results of each are below. We highlighted members of the Utah Airguns team.

Speed Silhouette is a crowd favorite. 16 targets are set up in four rows of four. Chickens, pigs, turkey and rams.

The shooter who knocks down all 16 targets the quickest wins! Tension runs high and small mistakes can be costly.

There are three classes in the speed silhouette:

Open Class - Shooters can use any airguns and caliber size. Magazines can also be PRE loaded and ready to fire.

Pro Class - Shooters who qualify as a pro, are associated with an airgun company, or feel they belong in the pro class can shoot in this class. Magazines may NOT be pre loaded.

Sportsman Class - Any and all shooters of any skill level may enter this class. Magazines may NOT be pre loaded. 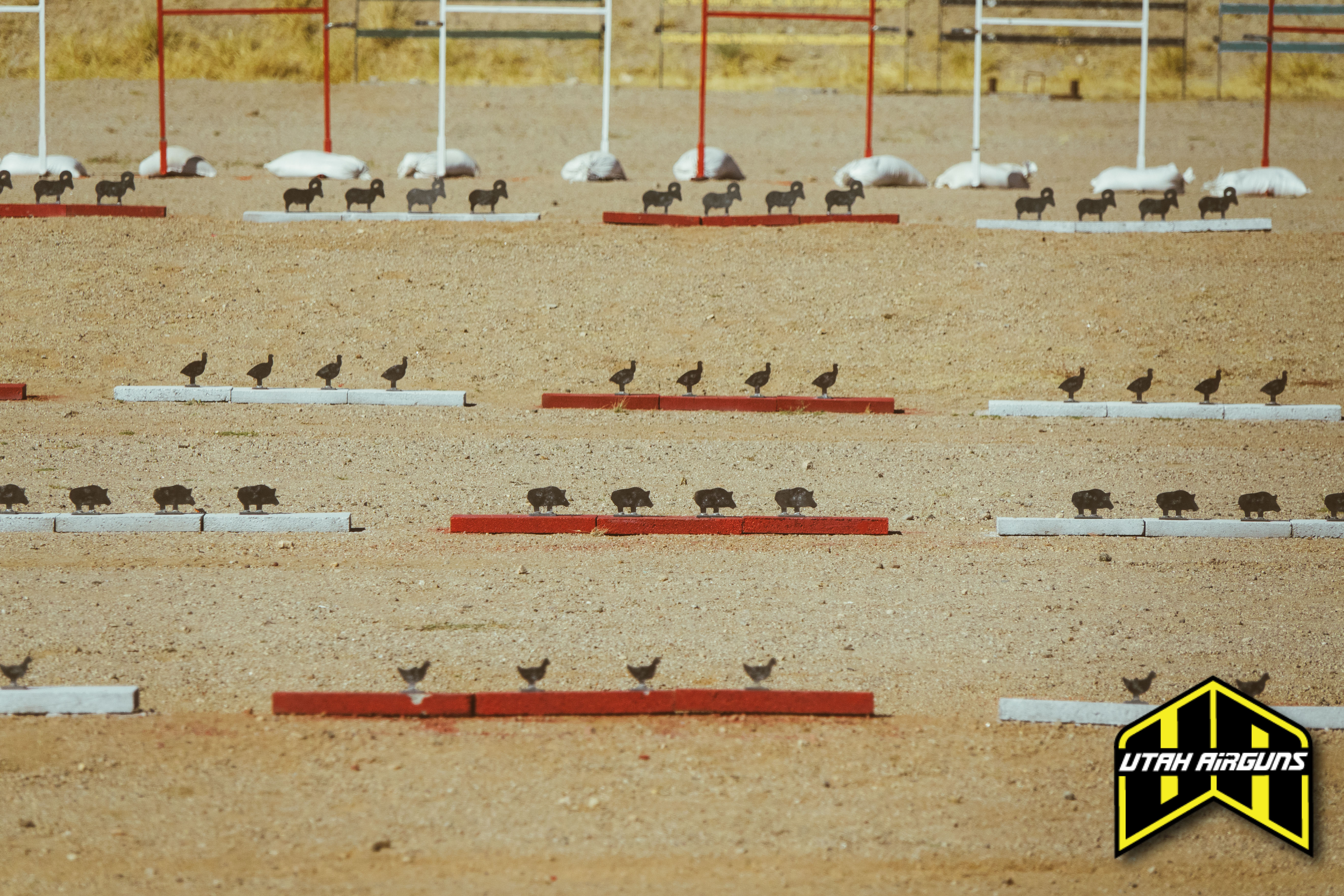 The main event of the week. Extreme Benchrest consists of two classes, Pro and Sportsman. The event is two rounds of shooting. Targets are set up at 75 yards during the first and at 100 yards during the second round.

Shooters can use any caliber pellet up to .35 cal. During the 30 min time limit, shooters fire one shot per circle. The winner of Extreme Benchrest is the shooter with the highest combined score from the two rounds.

Wind conditions added an additional challenge to shooters and made for some great competition and tested a shooters ability to adapt and adjust. 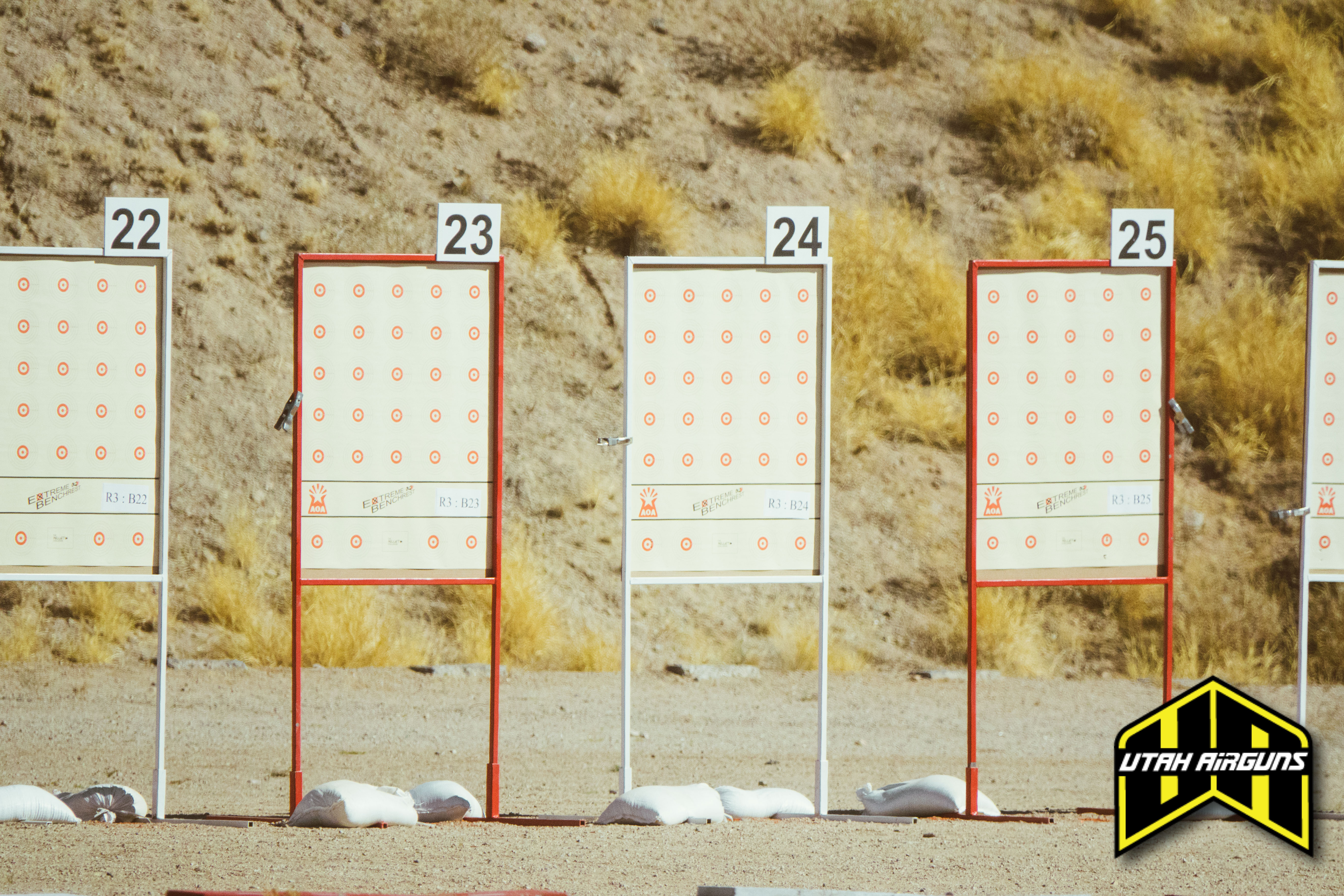 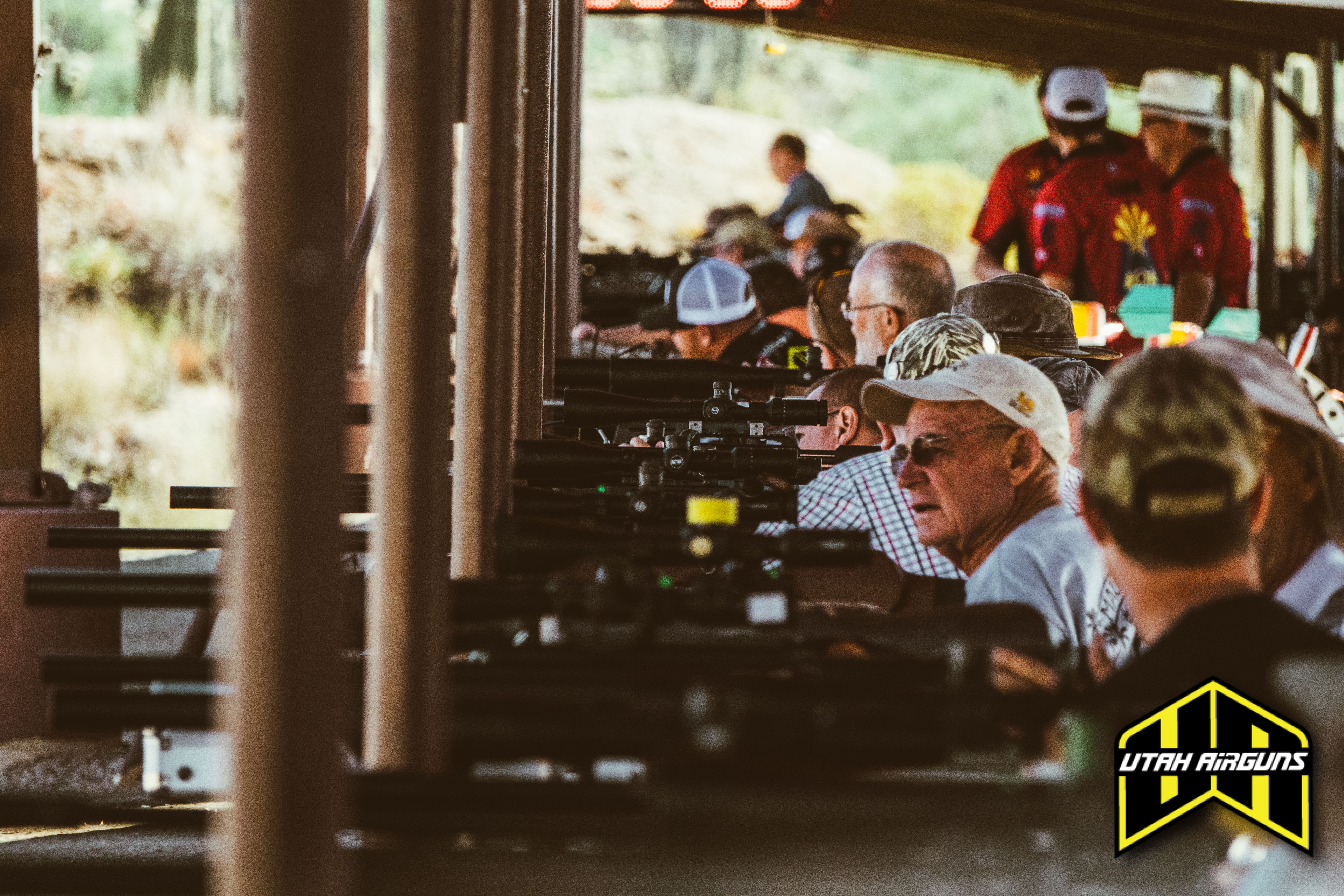 The Big Bore competition had two classes. The .25 to .349 Caliber Class and the .35 Caliber and Up Class. During the 35 min time limit, 200 yard paper targets were shot in the morning and in the afternoon, steel flash type targets were shot a total of 24 times. Steel targets were set up at close (75-125 yards) range and far (175-225 yards) range. The close range targets need to be hit successfully 12 times before a shooter is allowed to move on the the far ranged targets. A total of 26 may be fired.

One of the most dynamic events of Extreme Benchrest. Shooters move from station to station, firing at 4 steel knockdown targets at varying distances. No tripods can be used. If shooters choose, they can bring along their own chair and bipod. The requirements are to shoot down each target twice for a possible 40 points (one point per knockdown). The winner of American Field Target is the person with the highest score.

Time is also a factor. Each shooter has a one min setup time, followed by a 5 min shooting time, per station. 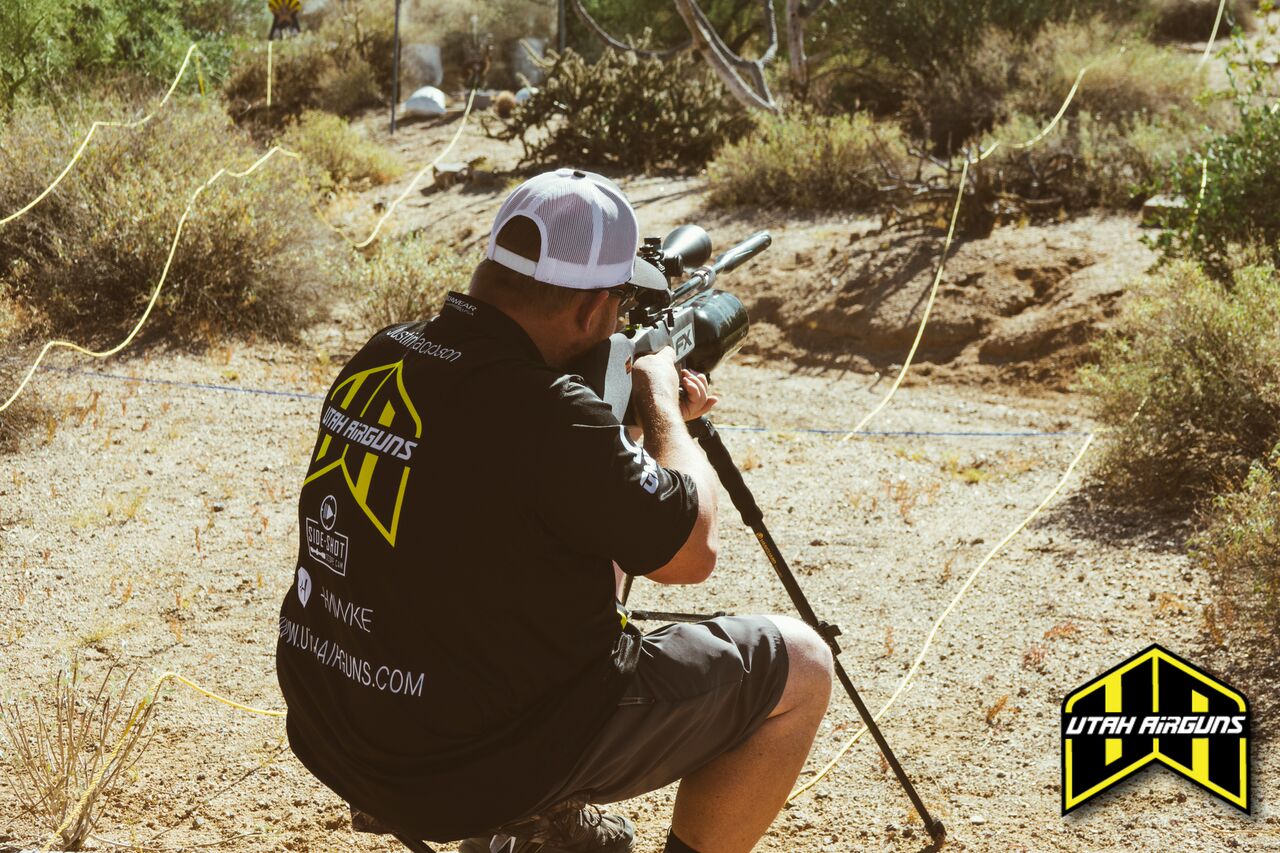 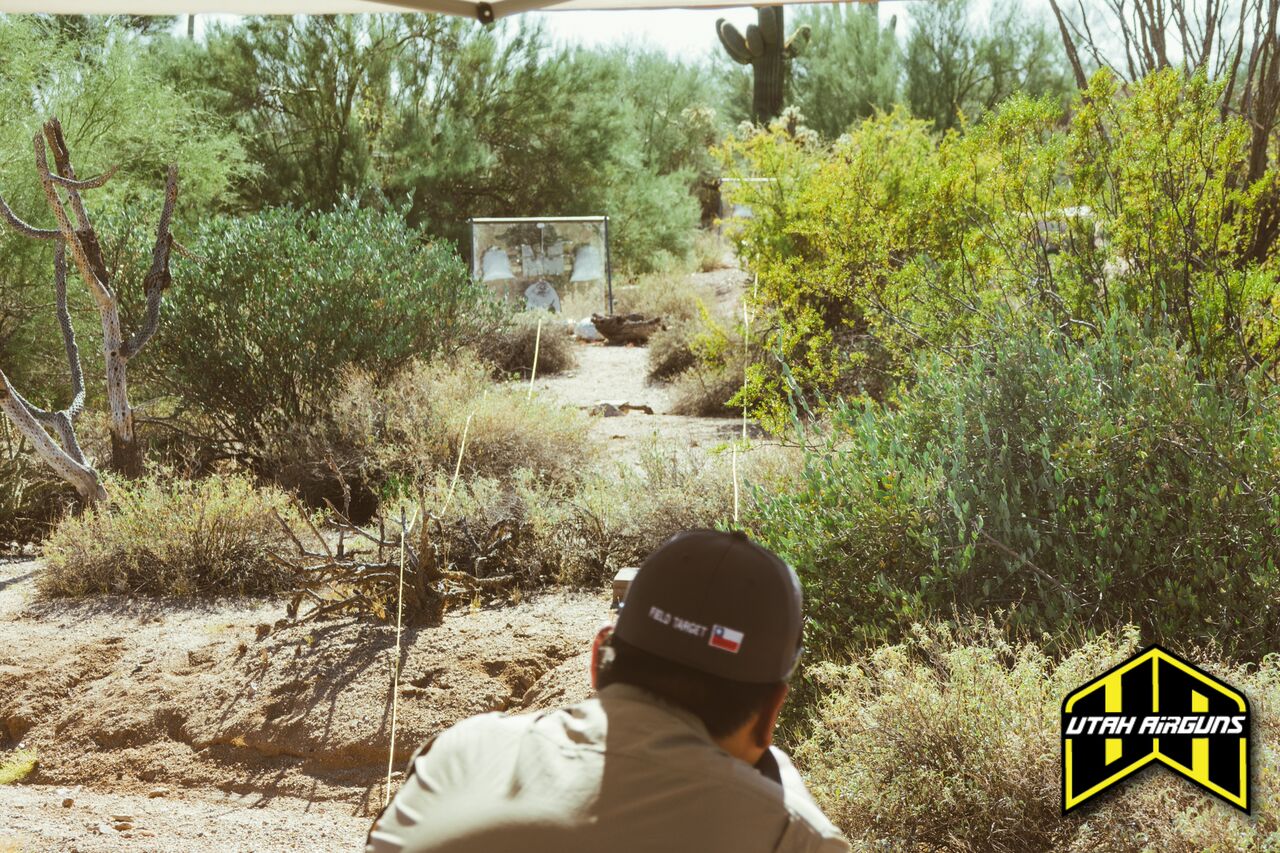 Targets are set up at 25 meters in the same style as Extreme Benchrest. 5x5 target posters are set up and each shooter is allowed one shot per target. Highest combined score wins. 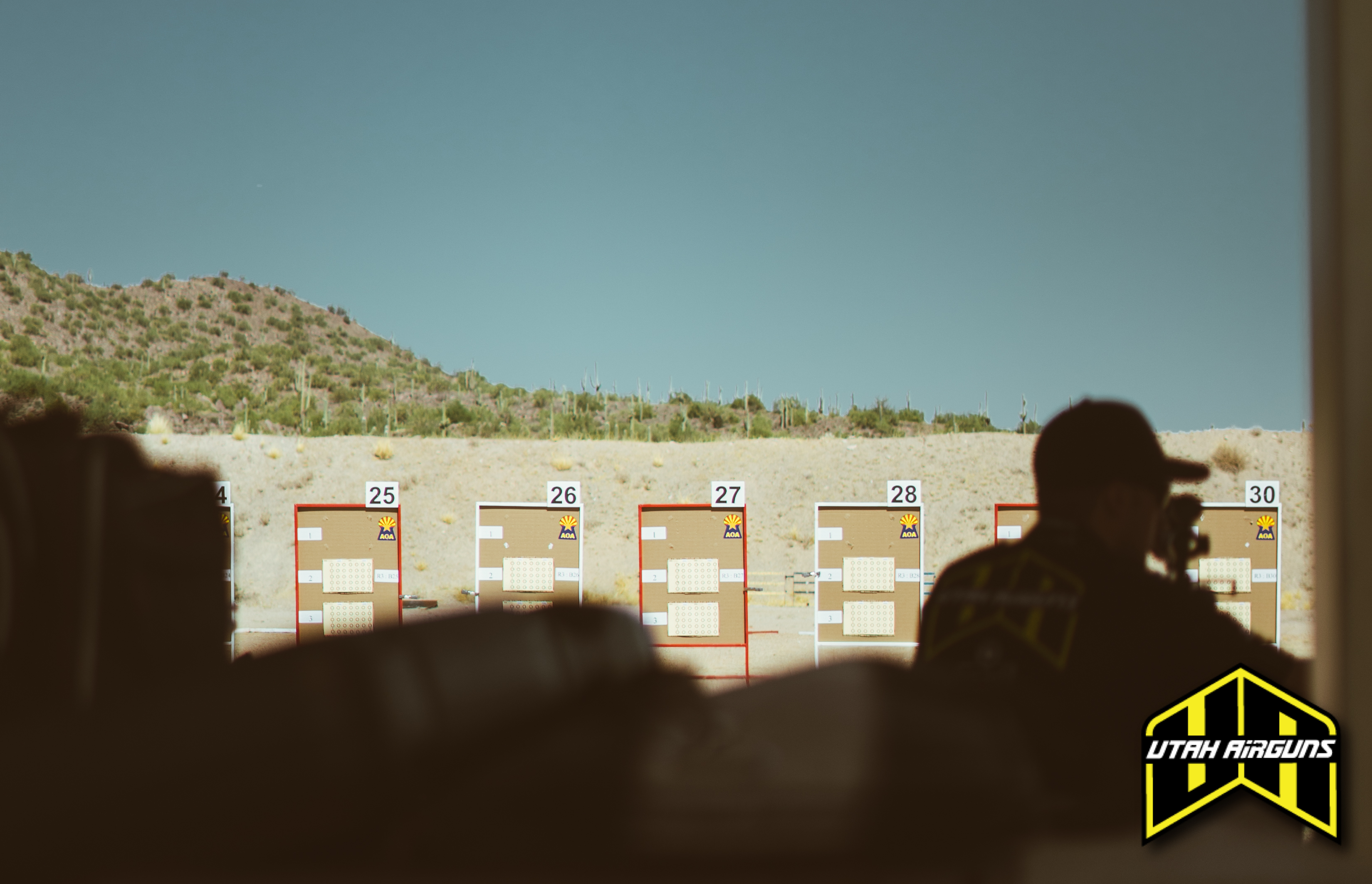 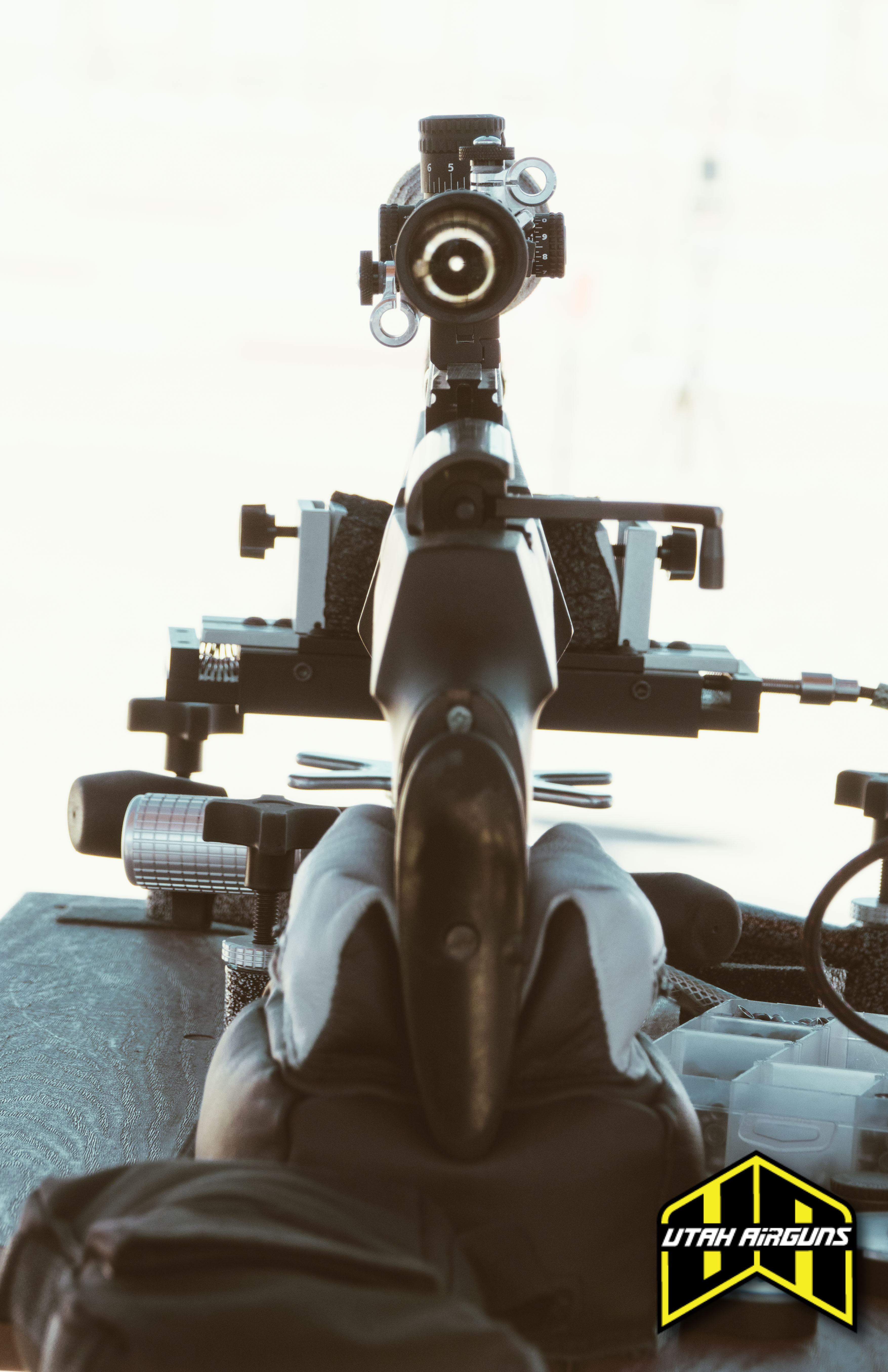