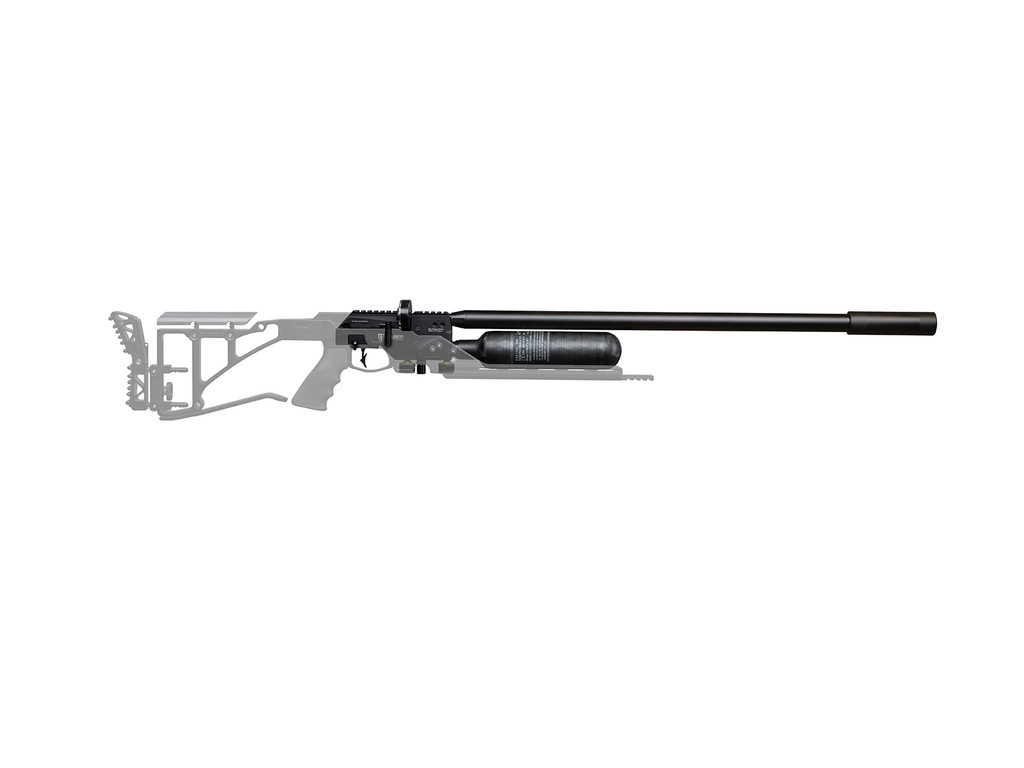 The dramatic evolution of airguns has ramped up demands from shooters worldwide and we have seen an increased desire for more air flow and power in our air rifles. Whereas bullpup configurations can more easily add plenum space and valving for these demands, a traditional rifle like the FX Crown was limited for these demands... until now! The FX Crown MKII brings more power and even more capabilities to an already near perfect platform.

The increased power available in the MKII comes down to a combination of valving, porting, and plenum space. The plenum of the FX Crown MKII has increased 28% over the previous model! This larger plenum (the chamber of compressed air located before the transfer port) works in tandem with the porting and a new larger valve on the MKII (6.5mm valve). The combination provides spectacular results. Other changes to the Crown include a 20 MOA angle built into the picatinny scope rail. With airgunners able to shoot at longer distances, this canting of the scope base at the front is what allows for more usable elevation adjustment in the scope at longer distances.

The FX Crown MKII is also offered as a stripped-down base model perfect for pairing with the recently released Saber Tactical Crown Chassis. This ambidextrous chassis is packed with features including an extended Arca Swiss rail, foldable stock, built-in detachable bag rider, adjustable buttstock, and other popular features. This will certainly be a highly popular and sought-after Crown configuration, particularly for bench shooters.

The rest of the features of the FX Crown remains unchanged: the power adjuster, valve adjustment, externally adjustable AMP regulator, ability to change calibers and twist rates through the Superlight Smooth Twist X (STX) barrel and liner system. With all this as well as the highest capacity magazine in its class, the FX Crown is solidified as the most versatile and robust sporter stock PCP air rifle available.

$1,349.99
*Adjustable scope rings are typically required with this gun and most optics.*    *External Power Wheel and Top Picatinny Scope Rail are available to purchase under the...
View Product
Saber Tactical

$575.00
*THIS IS THE CHASSIS ONLY.  We are excited to announce the brand new Saber Tactical Dreamline Chassis! This product is truly a gamechanger for the already solid Dreamline airgun series. Saber...
View Product
Saber Tactical

$575.00
*THIS IS THE CHASSIS ONLY* *Compatible with all generations of the FX Crown. Take your Crown to the next level with this easy to install drop-in chassis. This chassis is loaded with features and...
View Product