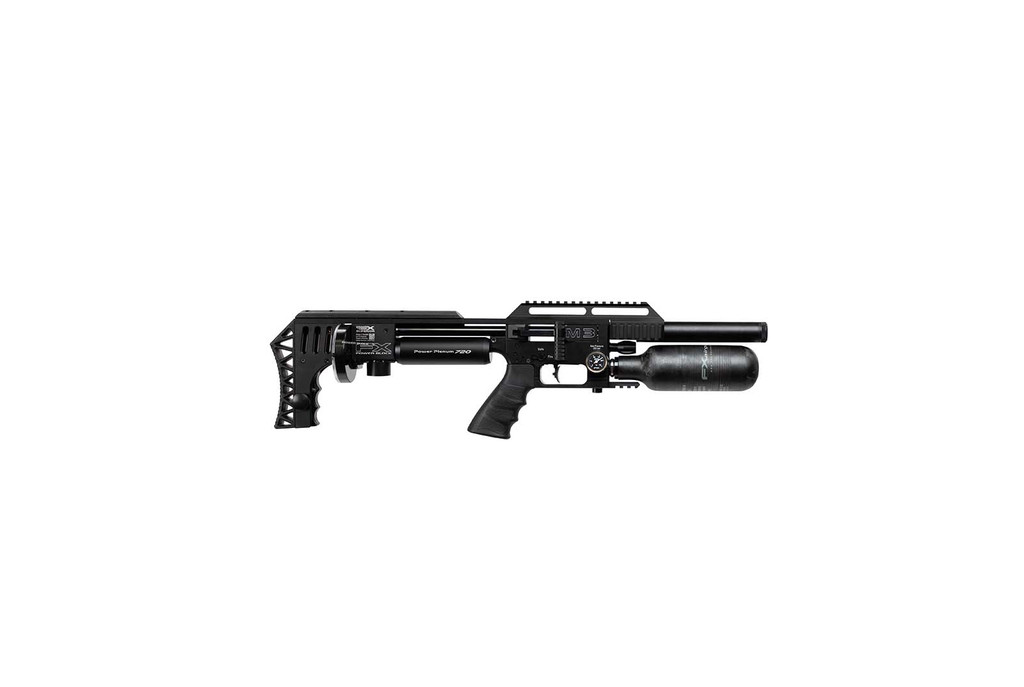 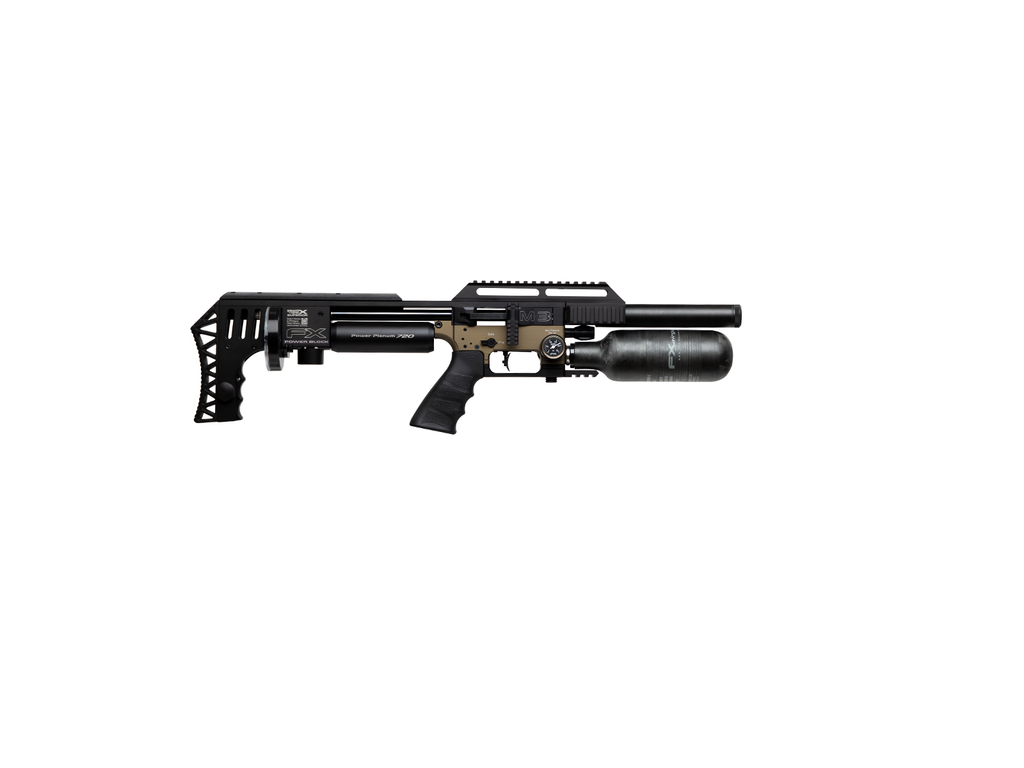 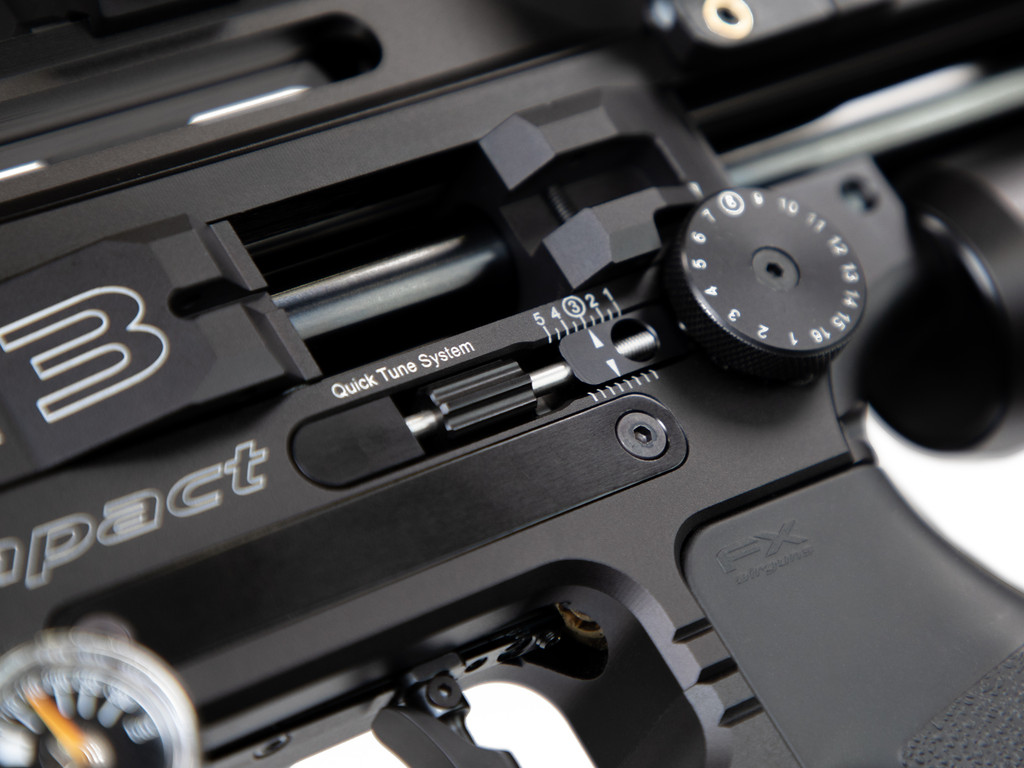 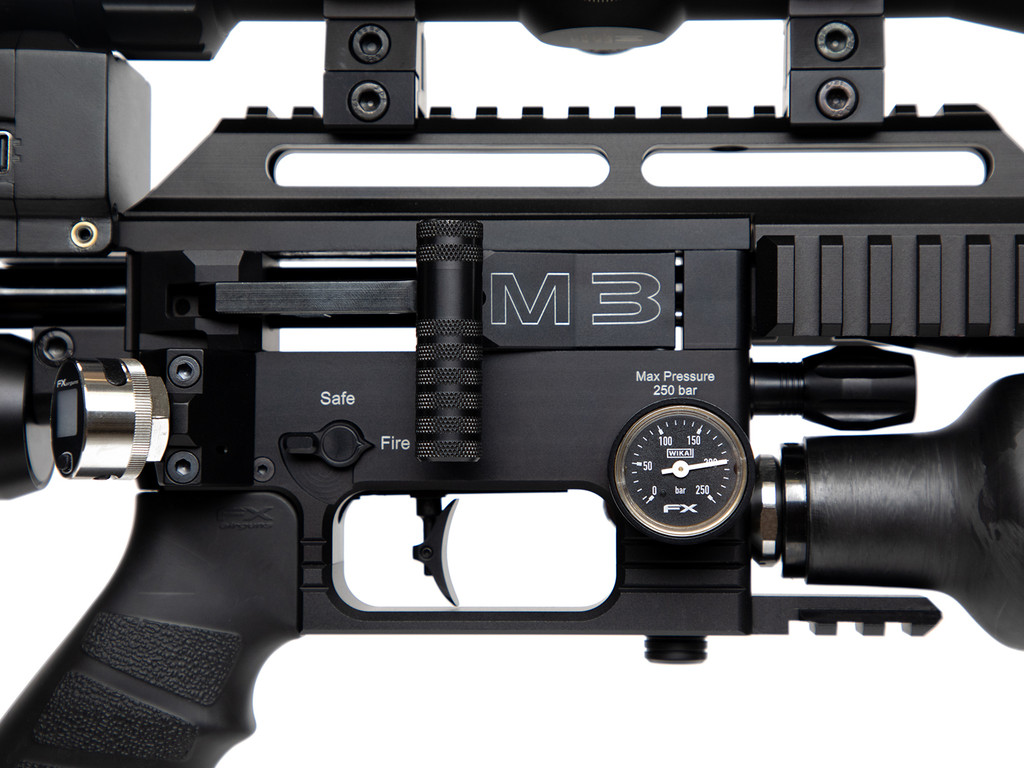 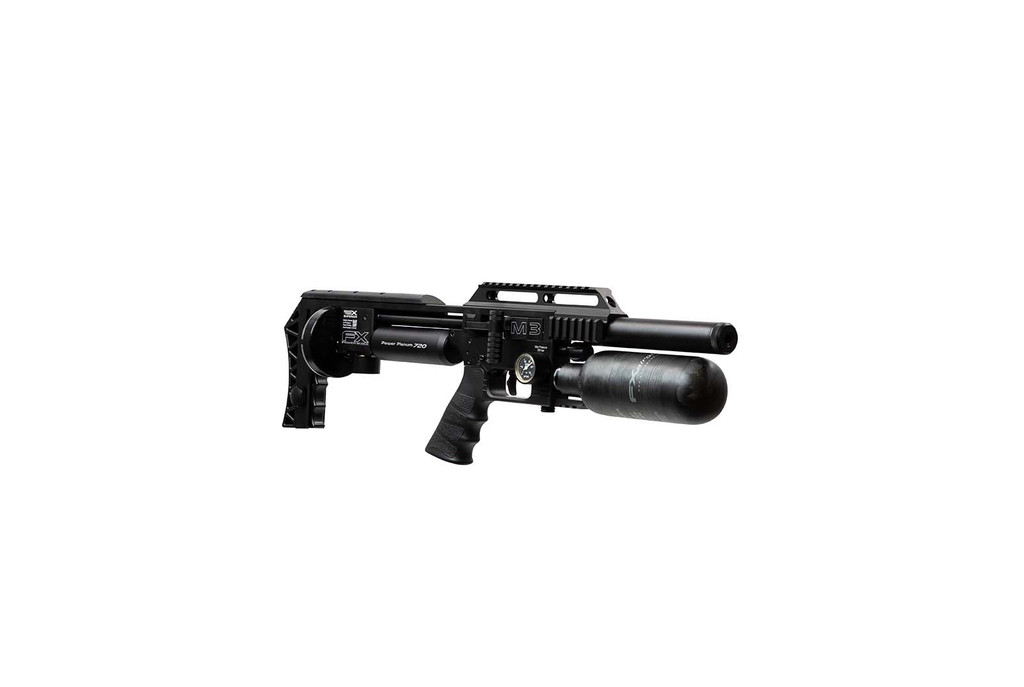 The FX Impact defines what a modern airgun can be. A rifle without limits to the type of projectile, caliber, or distance shot; the FX Impact spans the entire spectrum. It is a once in a generation rifle. A rifle that advances and evolves to push the boundaries of what compressed air can achieve. The Impact M3 once again redefines this high standard. With groundbreaking advancements, upgrades, and a sole unwavering focus on creating the most advanced, most accurate, and most capable airgun you’ll ever shoulder. 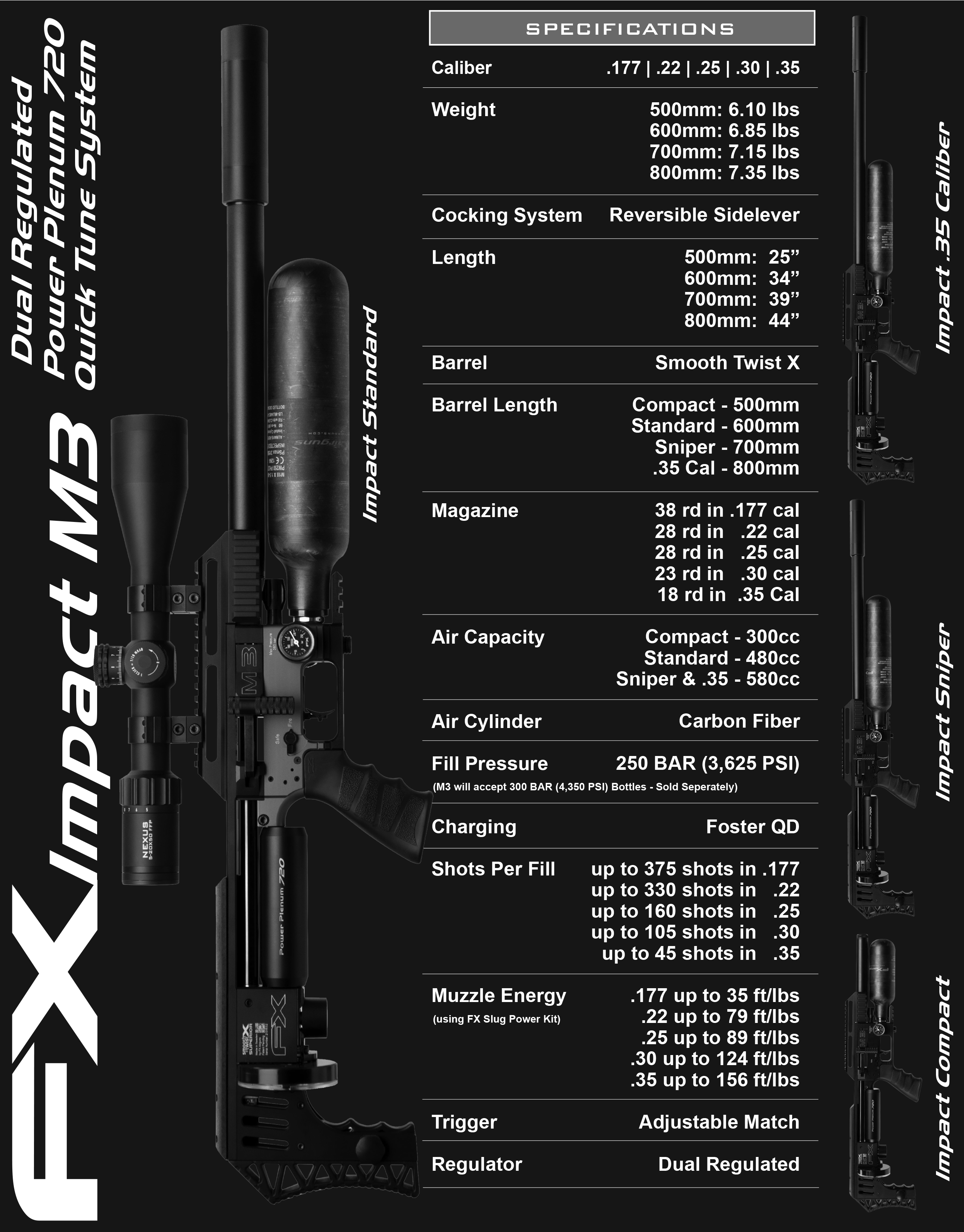 Ambidextrous cocking lever that can switch sides in mere minutes.

One of the most substantial upgrades to the Impact M3 is the user interface to the rifle: The Quick Tune System. This essentially tool-free system encompasses everything a shooter could use to fine tune their rifle’s accuracy, allowing them unlimited possibilities of caliber, projectile shape, & size. Adjust the air pressure the rifle is using via the dual regulators, how long the valve stays open with the front valve adjuster, and now adjust the strength of the hammer that strikes the valve with the completely redesigned micro and macro power adjustments. The Rear Macro Power Wheel is a 16-step power adjustment that adjusts the strength of the hammer in increments of 5-15 FPS (depending on caliber chosen and working regulator pressure). Working in conjunction is the Micro Fine Adjustment. This tunes the hammer strength in incredibly small increments of just 1-2 fps with each
click of the barrel roller, all at your fingertips. The combination of these is unrivaled in the airgun world!

The FX Power Plenum 720 is the energy source of the Impact. The plenum is the volume of space just before the breech valve opening and projectile, filled with controlled pressure by the A.M.P Regulator. The Power Plenum 720 and it’s 72cc volume chamber provides both the precise amount of air and the power needed to propel the projectile with the upmost accuracy. The Impact covers the full spectrum, from extreme low energies to roaring high muzzle velocities. All without the extreme demands of high pressures that other rifles turn to that end up wearing out the rifle. The FX Power Plenum 720 has revolutionized the FX Impact.

$119.99
*This kit is for M3 (non-power block) Impacts.   As much as the power plenum stages the power capabilities of the Impact, the rear block handles that transfer of power much lik
View Product Add to Basket
Add to Basket