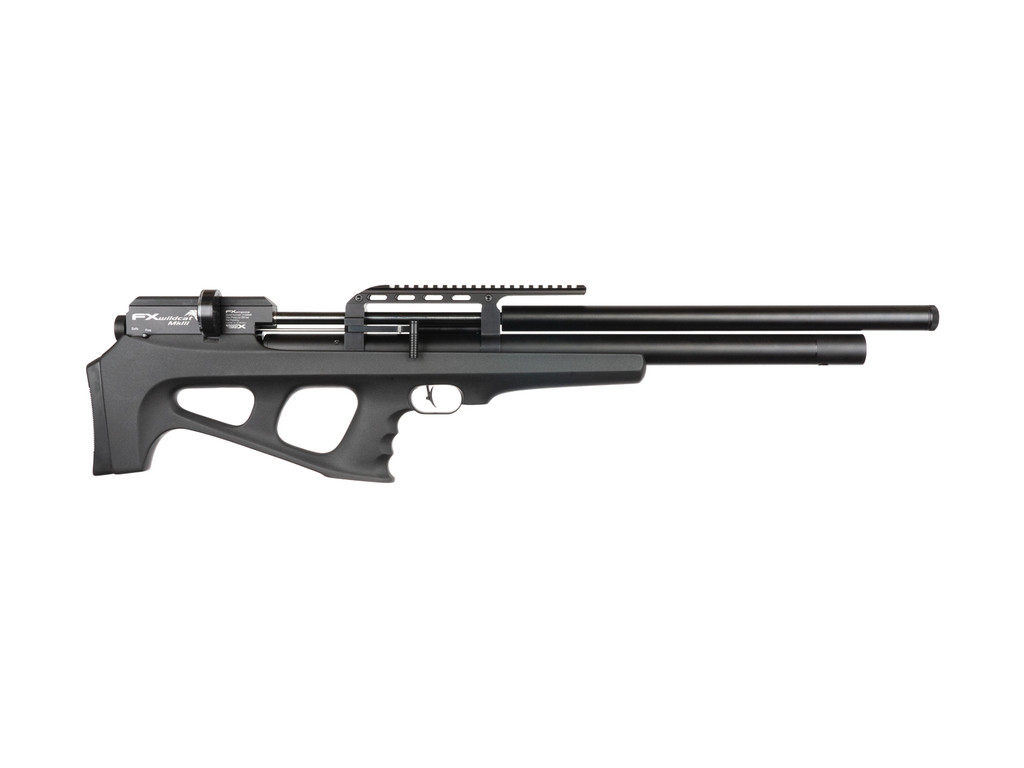 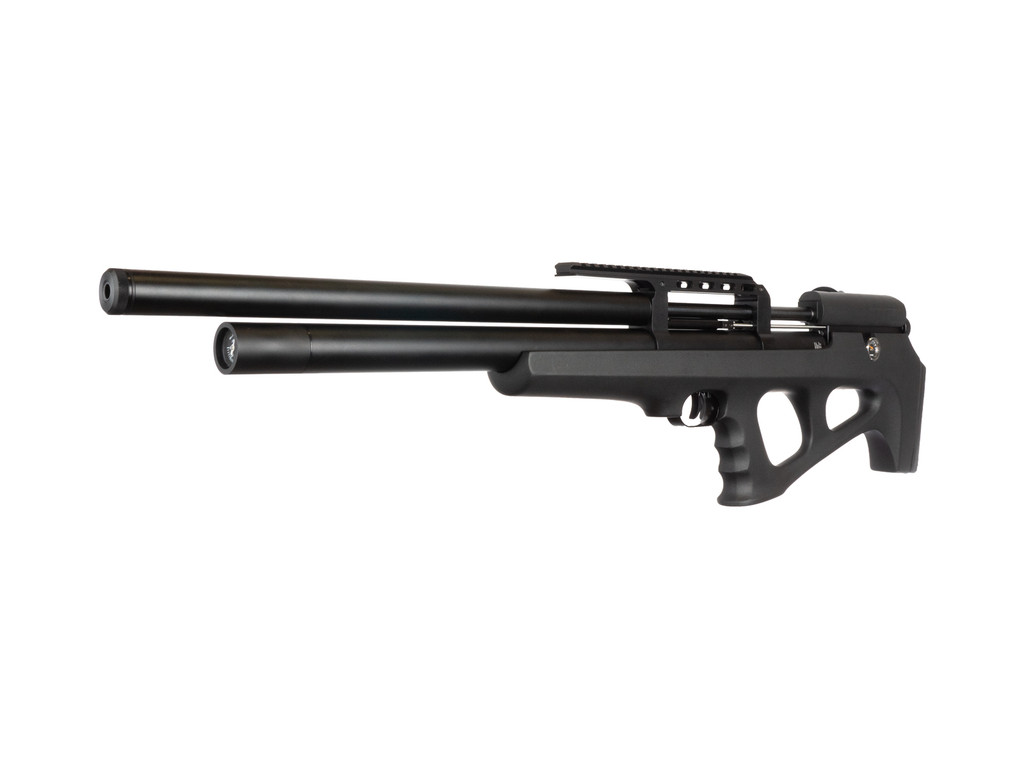 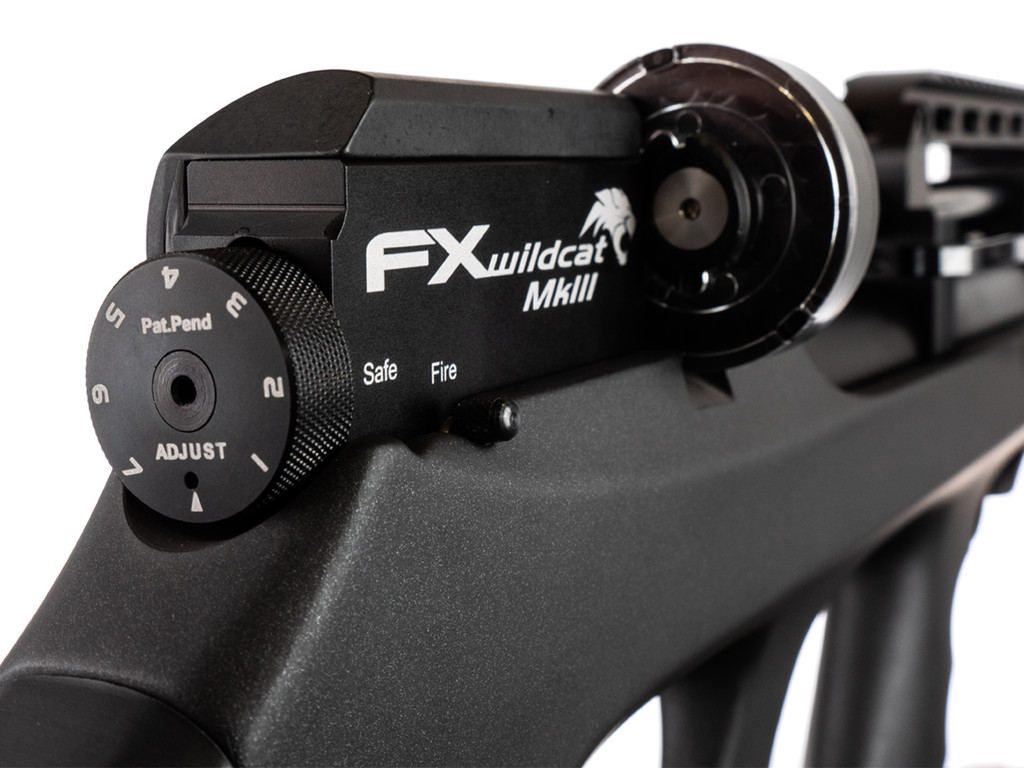 The FX Wildcat MKIII enhances its legacy as it updates this coveted platform for the modern airgunner. The improvements start inside the Wildcat’s main block. The engineering into the new Wildcat block really pushes the boundaries of what can be accomplished with precision CNC engineering from FX Airguns.

Adjustments to the Wildcat MKIII are built around the new rear power adjuster. This power adjuster is a breakthrough as it allows for both micro and macro adjustments using the same dial to the hammer spring. The rear power adjuster has 7 presets for your hammer, but the actual hammer tension can be adjusted more fully higher or lower using an Allen wrench through a hole found on the 8th position of the adjuster. This allows the Wildcat hammer to be fully adjusted in harmony with the AMP regulator to allow for the full range of adjustability found in other FX rifles like the FX Impact & FX Crown. 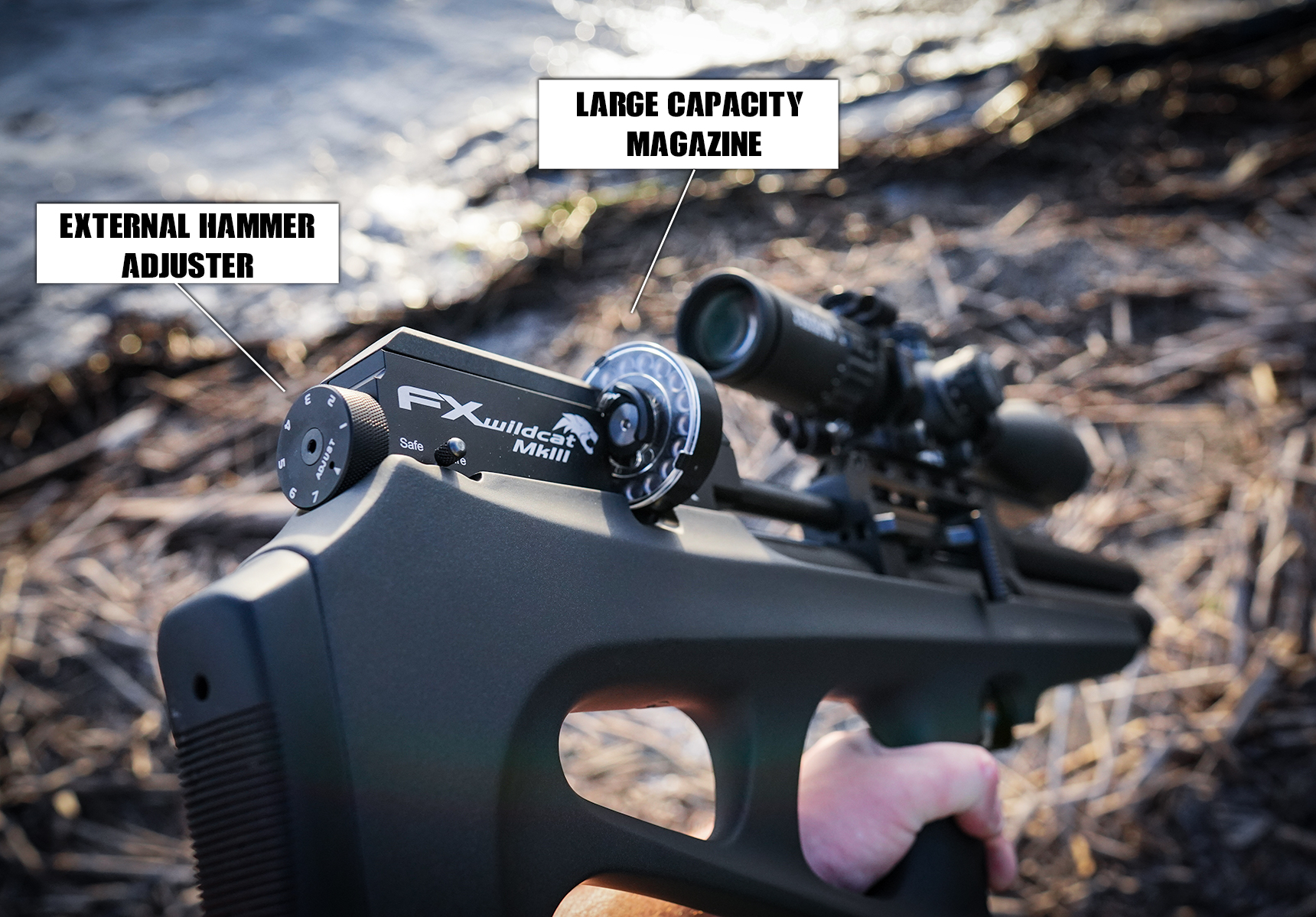 *This also allows for shooters to swap calibers quickly and easily (additional barrel kits will be available).

The Wildcat MKIII has also upgraded its magazine to allow the use of larger capacity magazines. No longer restrained to 8 shots, the Wildcat MKIII now more than doubles its shots using the FX Side-Shot magazine (the same magazines as found on the FX Crown and FX Dreamline). All Wildcat MKIII rifles and barrel kits will ship with FX’s recently released new Superior STX Barrel Liners. The liners are housed in the STX Interchangeable barrel liner system that allows users to switch to the Superior STX Heavy liner if they want to shoot heavier slugs.

Outside of the picatinny scope rail that is now standard on the Wildcat MKIII, the other features of the Wildcat remain intact. The externally adjustable AMP regulator, two stage adjustable trigger (easily one of the best triggers found on any bullpup), and the smooth side cocking lever perfectly positioned above the trigger. 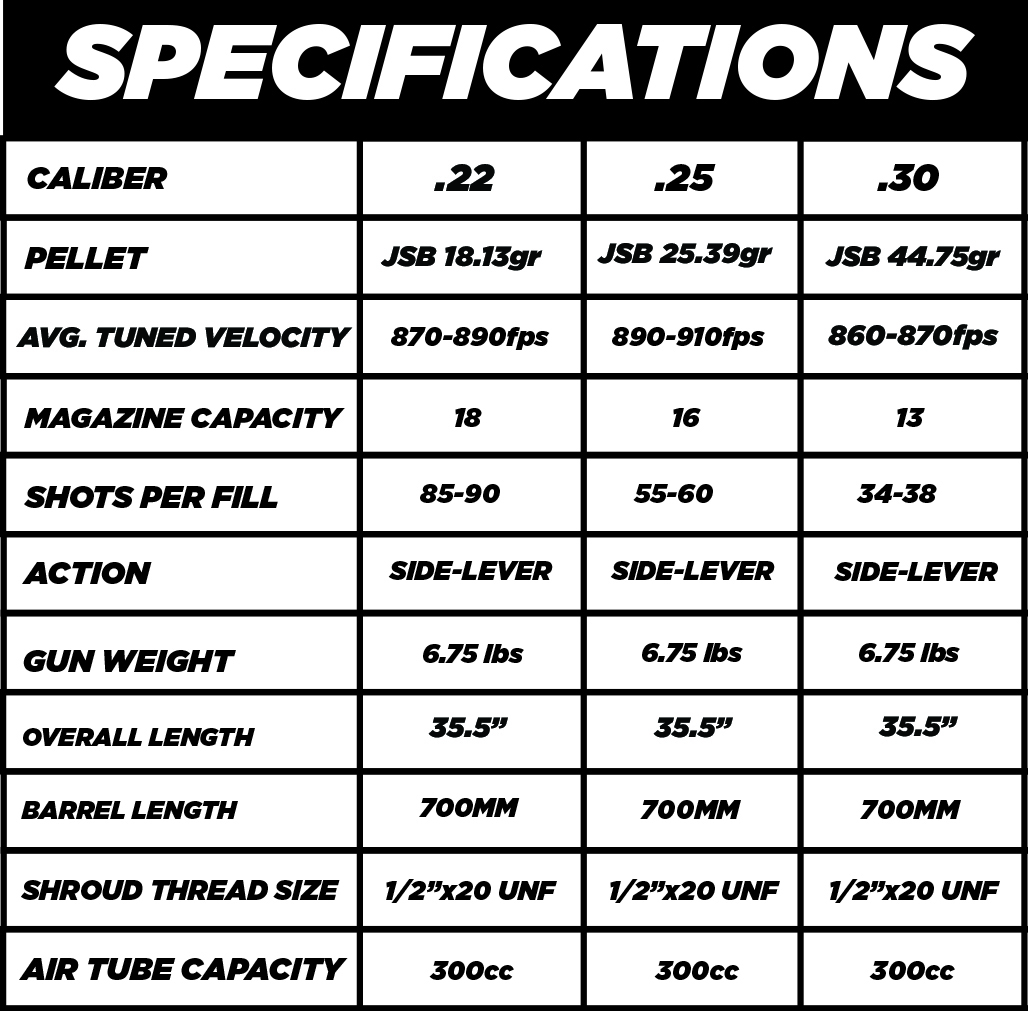 *Does not include factory moderator. DonnyFL FX Moderator can be added for $79.99.

$119.99
This product will replace the 9-11mm (Dovetail) rail that is found on the FX Wildcat Gen 1 and MKII (Non-Compact version). It is very easy to replace, there are 2 allen screws that will be removed...
View Product Add to Basket
Add to Basket
FX

$1,599.99
For those that love the adjustability and performance of the FX Impact, but wanted a more classic rifle look, this is the gun for you. Taking aspects from both the Royale and the Impact, FX Airguns...
View Product
DonnyFL

$25.00
Designed specifically for the FX Wildcat MKI & MKII magazine. Each holder secures firmly to the spacing under the dovetail rail, holding one 22 or 25 cal magazine each. The FX Wildcat can hold up...
View Product Add to Basket
Add to Basket
FX