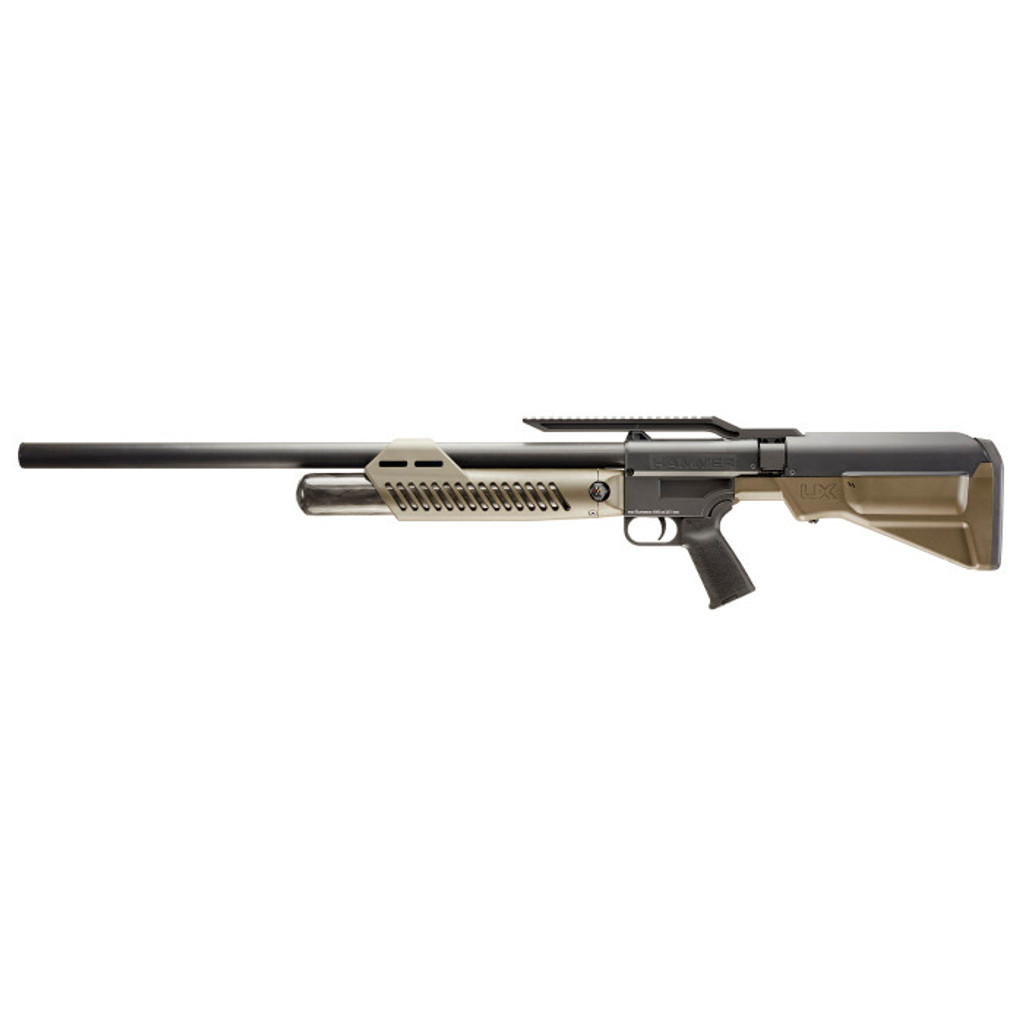 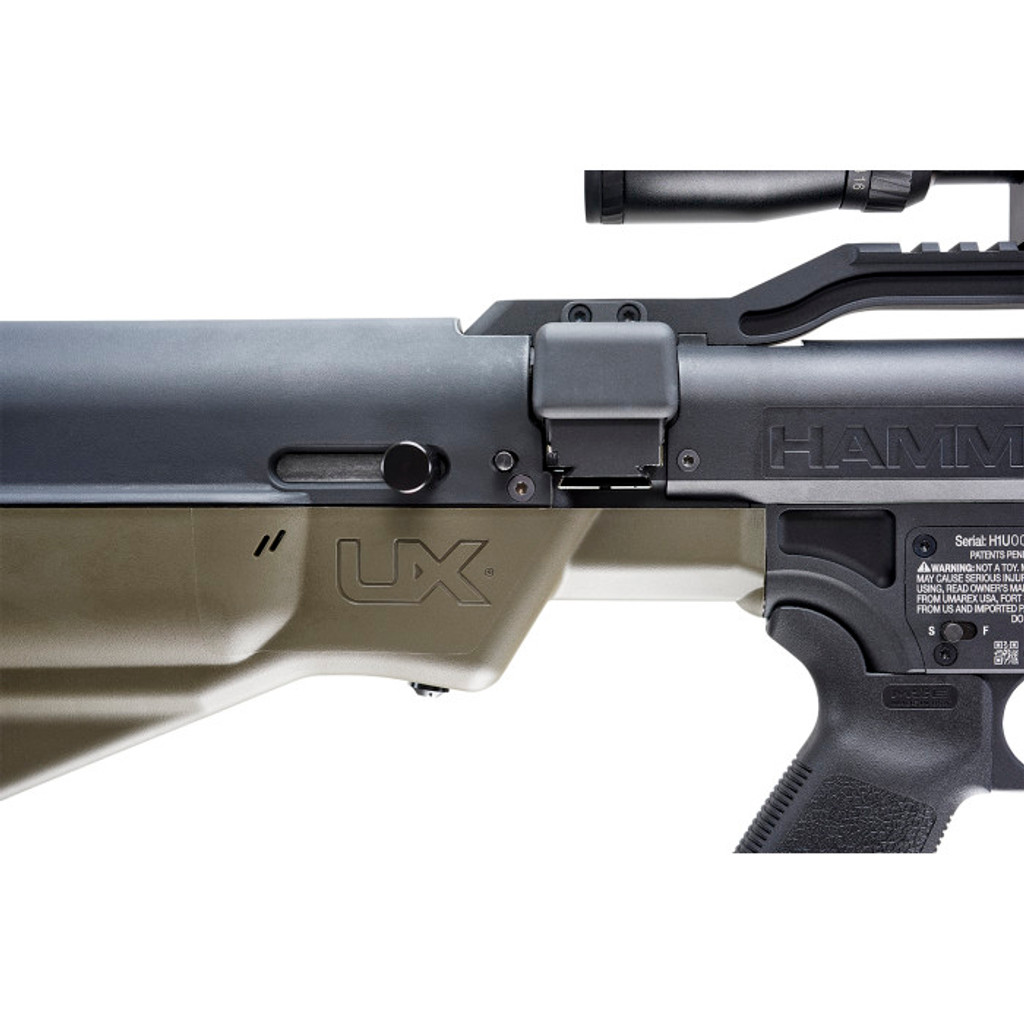 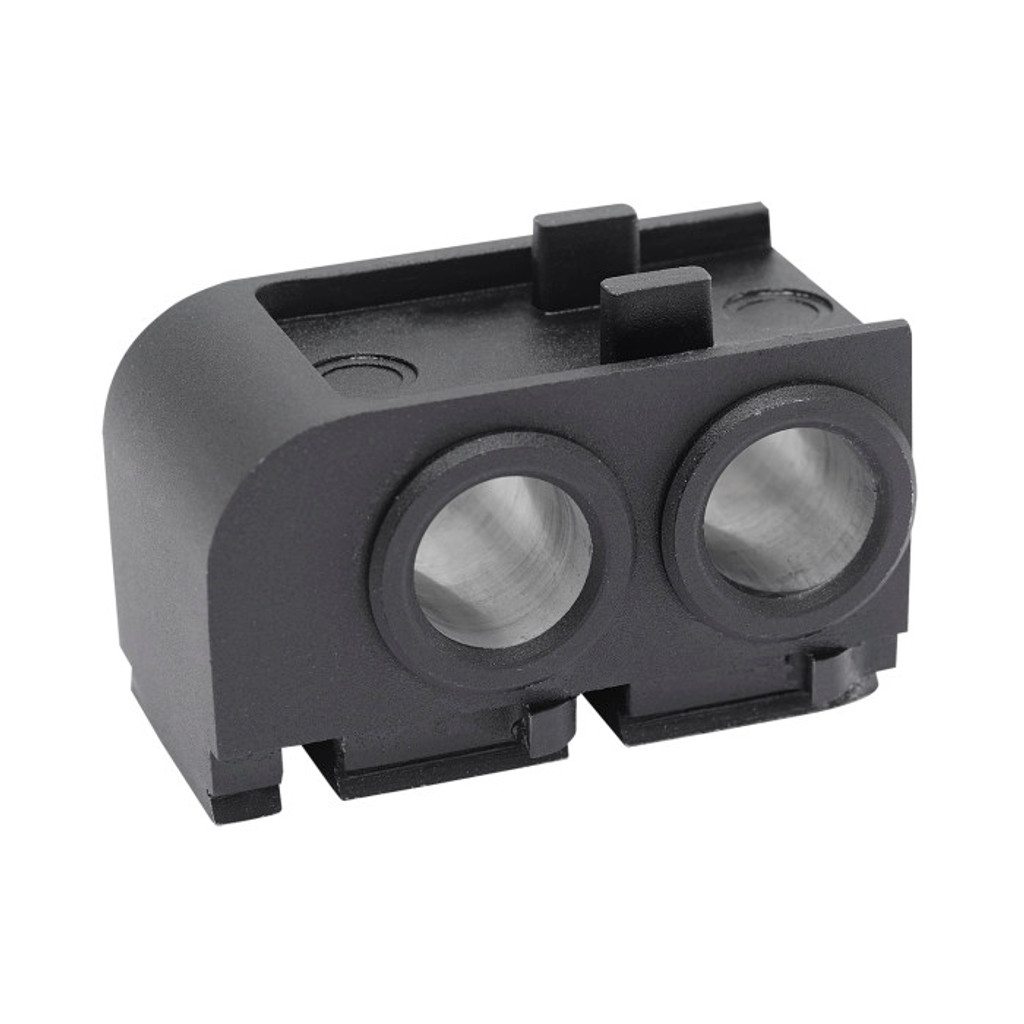 *Scope zeroing not available on Big Bores. We can mount your scope if a hard case is purchased.

The .50 caliber Umarex Hammer didn’t alter the laws of physics. It just took advantage of them. The Umarex Hammer’s primary objective was to accelerate a greater mass faster using technology, ingenuity, and a big .510 caliber barrel. Unlike a traditional firearm, the Hammer doesn’t generate a comparable report or recoil signature. A shooter in a hunting situation will not need to wear hearing protection when shooting the Hammer. The recoil of this big bore air rifle can best be described as a firm push, not a sharp kick like other rifles would give. The Umarex Hammer is not just another air rifle. It’s made for hunting big game.

The sheer energy and three full-power shots delivered by the .50 caliber Umarex Hammer is achieved through its proprietary, patent-pending, Lightspeed valve. The innovative engineering used to design this internal mechanism coupled with a .510 caliber, 550-grain lead slug is the recipe for making over 700 foot-pounds of energy at the muzzle. Almost as impressive, it only takes about two pounds of effort to operate its straight-pull bolt. This short, effortless action is all it takes to cock the rifle and advance the 2-shot magazine.

$329.99
$299.99
*SCOPE IS NOT INCLUDED* The new Umarex AirSaber is an all-new category for big game hunting with no strings attached. Driven by air and equipped with full length arrows, it is the most...
View Product Add to Basket
Add to Basket
Umarex

$169.99
$129.99
The Umarex AirJavelin is a new way to shoot arrows. Powered by CO2, the Umarex Air Javelin launches a 170-grain air bolt at 300 fps. The AirJavelin takes airpower into a new direction with 34-foot...
View Product Add to Basket
Add to Basket
Umarex